Notes: a recent great chat made me think about the waterfall model. My thoughts walked from there. It’s pretty much a designerly thought of the day (DToD) post. 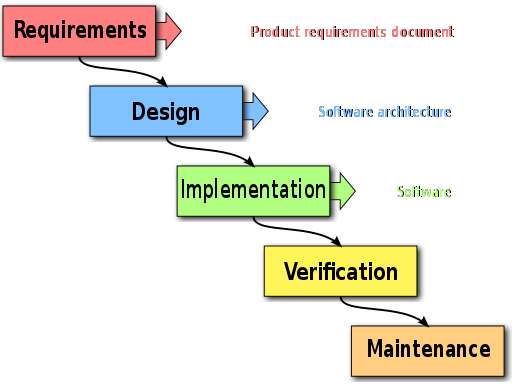 Although it has often been antagonized or at least taken as a negative case for comparison (especially in an agile narrative), the waterfall model reflects both the unparalleled triumph and the undeniable limit of the analytical tradition, which was established, mastered, and perfected largely by the West in the past millenniums.

In the spirit of that analytical tradition, logical continuity, temporal linearity, and operational granularity were of the utmost concern to problem solving.

When the speed of change started to accelerate, even business problems started to become open, complex, dynamic, and interconnected, as social problems have always been. Compared to that, the waterfall dominates the realm of relatively closed, complicated, stable, and individual problems. Divide-and-conquer is perfect there. There are also many other models that partially address the openness, complexity, dynamics, and interconnectedness, but the simplicity of the waterfall had been friendlier to the modern management, which is also primarily based on the analytical tradition.

Open, complex, dynamic, and interconnected problems are nothing new. Artists and craftspeople have been dealing with them for aeons. Those problems require a far more holistic approach that the analytical tradition can’t afford. Synthesis, instead of analysis, is the core process in arts and crafts.

Where did the design tradition come from? Artists and craftspeople.

The design tradition is not the intersection of science and art, as often depicted in a Venn diagram. It’s the cultural remix of synthesis and analysis.

Design is a third culture. And nowadays, that culture is represented by the overhyped term Design Thinking.

There’s no real battle between waterfall and whatever alternative that’s in fashion. Whatever works, stays. It just so happens that waterfall has been working in less and less cases, when more problems are becoming open, complex, dynamic, and interconnected.

However, there are other real battles – between science and design, between art and design, and subtly, between cultures of design.

“…organizations which design systems … are constrained to produce designs which are copies of the communication structures of these organizations.”

The design practice is tightly coupled with the work culture of an org.

Understanding your org’s design practice is the first step forward.